The last part needed before I can do some more running and test the hit ‘n miss governor, is to mount the hall effect sensor and timing magnet for the ignition.

I made a block to mount the hall effect sensor. 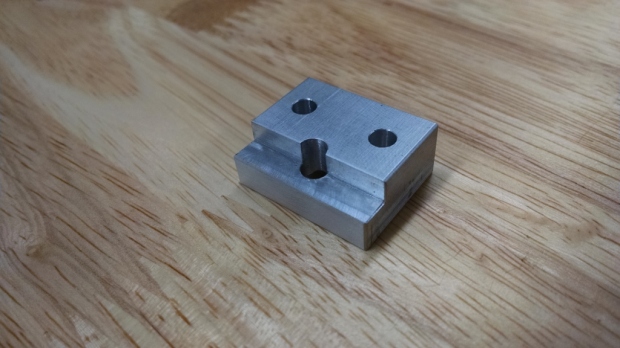 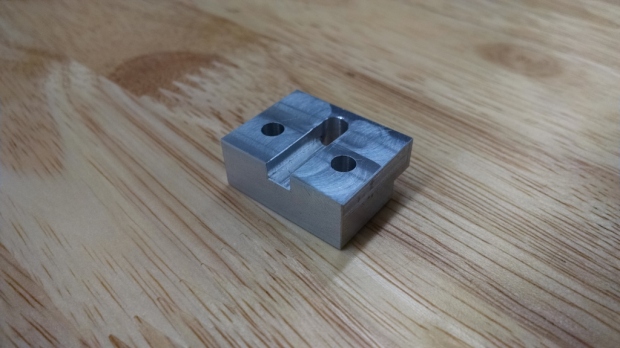 The hall effect sensor and block mounted on the engine. 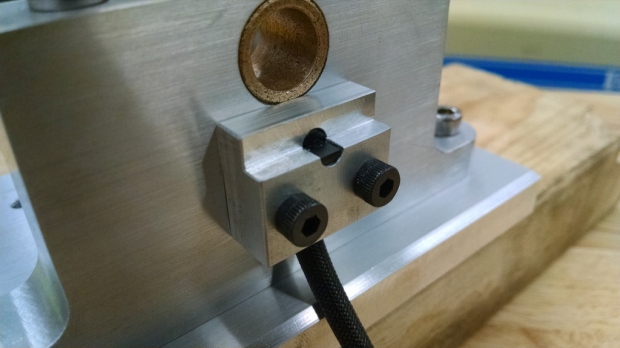 To mount the timing magnet, I made a ring from aluminum and it will be secured on the crankshaft with a set screw. 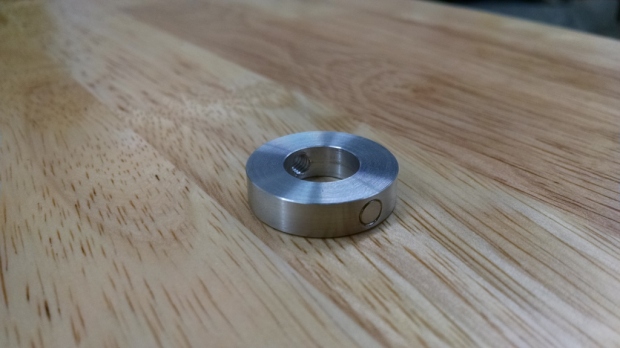 Now that we have all the pieces together, its time to let the engine run some more and see how the governor works.

I gave the engine a good shake down run and I’m very pleased how the engine runs.

After running the engine for a while, I started noticing a couple of issues I’ll need to address.

The first and biggest issue, is my built up crankshaft. I was getting a bit of flex in it, and with the big flywheels, there was a definite wobble noticeable. Even though my idea of building it up the way I did was a failure, I’m OK with it. I had to try it, and that’s how we learn.
Anyway, I’m remaking the crankshaft. It will be built up again, but the more “traditional” way.

First, I milled out a couple crank webs. As I was at it, I made a small cosmetic design change to the webs. 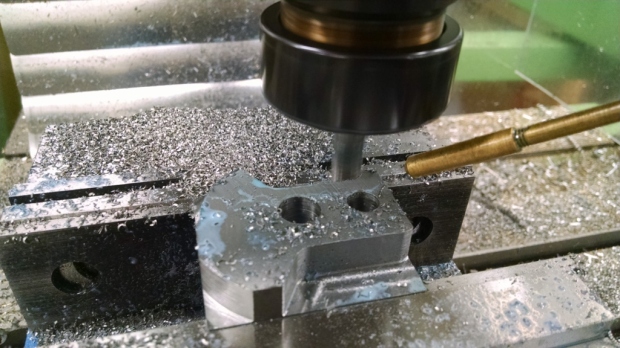 I used a boring head to bore the two holes, to ensure that they are accurate and parallel. 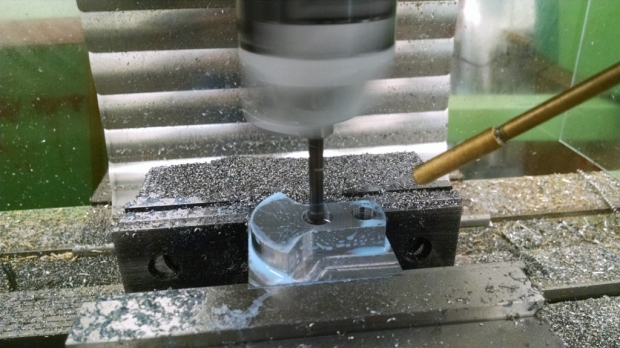 The shafts and pin are made out of drill rod, and are ready for assembly. 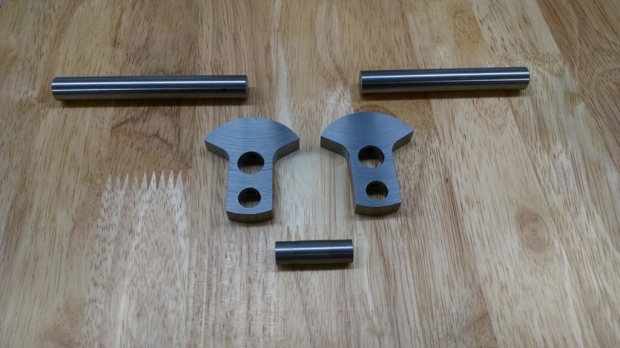 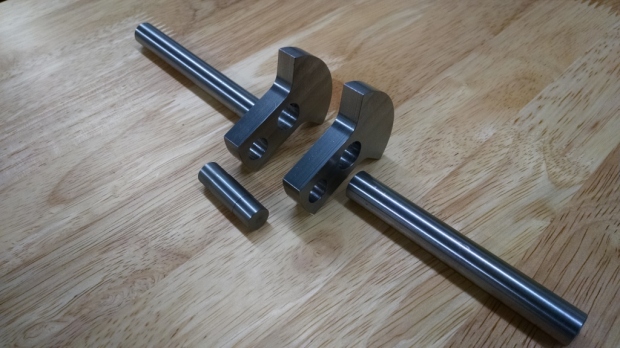 I assembled the crankshaft with Loctite and set screws, and it’s ready to go back into the engine. 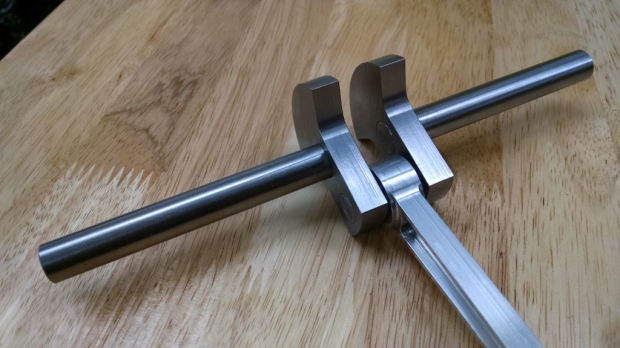 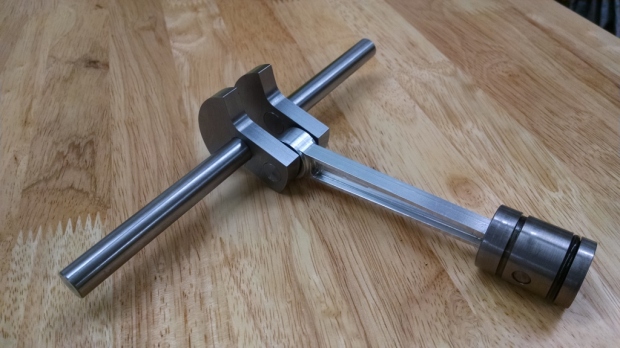 An other issue that needed to be addressed was the latch. I made the first one out of brass. It wore out very quickly, which was no surprise. My intentions where to modify it by attaching a small steel plate, that could handle the wear. Unfortunately, in the process of modifying, I messed up the part.

So I had to make a new one. I decided to make it out of O-1, and harden the business end of it. That will take care of any future wear issues.

First, I milled out the part. Second operation was in soft jaws to mill off the rest of the material and mill it to thickness. 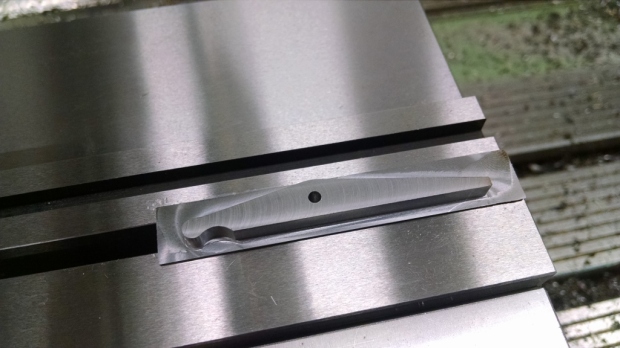 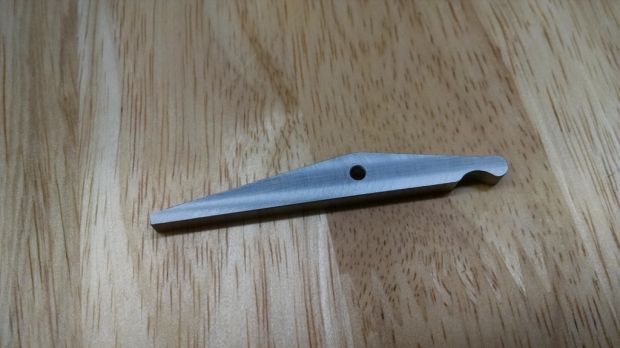 And the latch back on the engine. 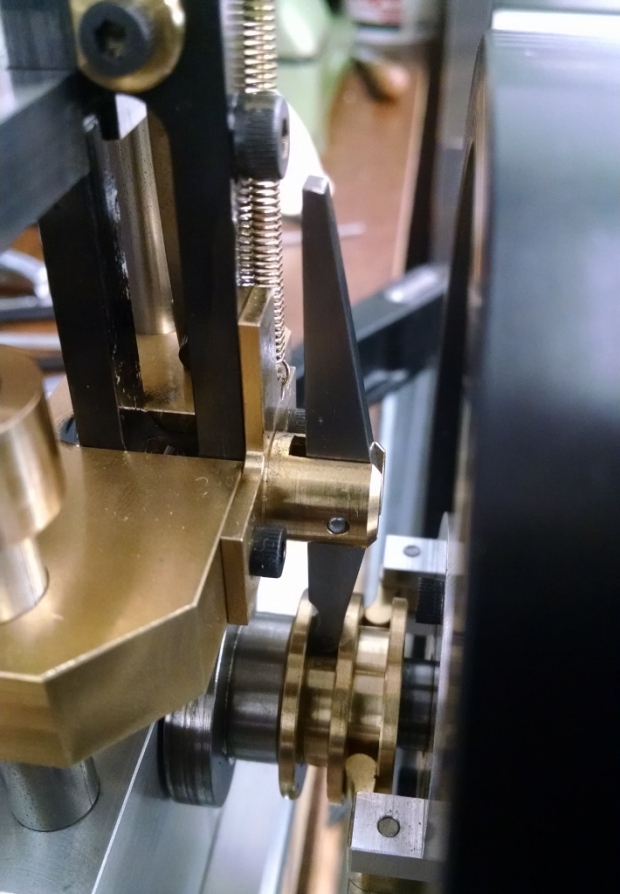 Thank you for visiting my shop.

If you have any questions, please feel free to leave a comment and I’ll get back to you.